Creating a Culture of Kindness, Generosity and Courage

Shambhala Vision is rooted in the principle that every human being has a fundamental nature of basic goodness. This nature can be developed in daily life so that it radiates out to family, friends, community and society. This philosophy was the basis of the legendary Kingdom of Shambhala, a society that fostered the inherent goodness of its people.

According to the Shambhala tradition we are living through an age of greed and aggression. We harm each other, our planet and ourselves. The Shambhala teachings offer an antidote to this crisis. Shambhala Vision tells us that we can experience a natural source of radiance and brilliance in the world, which is the innate wakefulness of every human being.

From this deep, profoundly human foundation of basic goodness, it is possible to extend that out and create what the Shambhala tradition calls “enlightened society.” This vision offers possibilities for a radical paradigm shift – not a utopia, but a culture in which life’s challenges are met with kindness, generosity and courage. 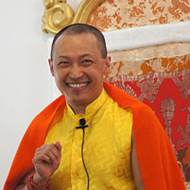 In action, Shambhala is both a spiritual path of study and meditation that helps us work with our minds, as well as a path of serving others and engaging with our world. These vital and timely teachings open the door to the compassionate care of ourselves and others. 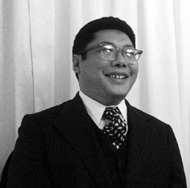 “Although the Shambhala tradition is founded on the sanity and gentleness of the Buddhist tradition, at the same time, it has its own independent basis, which is directly cultivating who and what we are as human beings. With the great problems facing human society, it seems increasingly important to find simple and non-sectarian ways to work with ourselves and to share our understanding with others. The Shambhala teachings, or ‘Shambhala vision’ as this approach is more broadly called, is one such attempt to encourage a wholesome existence for ourselves and others.” – Chögyam Trungpa Rinpoche