Rediscovering our Wisdom and Compassion

The ancient kingdom of Shambhala was renowned for the compassion and wisdom of its leaders and citizens. According to the legend of Shambhala, these qualities were the result of unique teachings on enlightened society that the Buddha gave personally to King Dawa Sangpo, the first sovereign of Shambhala.

These instructions have been preserved over the centuries and are held by a hereditary lineage of teachers that hold the title “Sakyong.” It is a royal title that means “Earth Protector.”

The first Sakyong in modern times was the Tibetan meditation master, Chögyam Trungpa Rinpoche (the Tibetan title, Rinpoche, means “precious one” and denotes a rare and profound teacher). Prior to his escape from Tibet in 1959, he was the holder of numerous meditative lineages and leader of a large monastic complex. 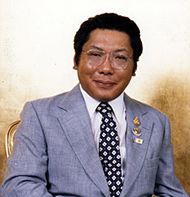 Witnessing the demise of his Tibetan culture, and how full of turmoil and pain the world was, Chögyam Trungpa went into a great period of self-reflection and meditation. He came to realize that the ancient teachings of Shambhala were more relevant and necessary then ever, given the immense challenges facing the planet. Beginning in the 1970s, he began to present a societal vision based on the Shambhala principle that proclaims the inherent goodness of all humanity.

Chögyam Trungpa felt that if humanity were to succeed in creating a better world it would be based on global respect for fundamental human dignity. This is the core message of Shambhala. His teachings were gathered together into his best-selling book, Shambhala: the Sacred Path of the Warrior, and many other writings, films and recordings.

Feeling such conviction in this, Chögyam Trungpa began training his firstborn son as the inheritor of this lineage. His son, now the lineage holder of Shambhala, is Sakyong Mipham Rinpoche. Enthroned as Sakyong in 1995, he went through extensive training in both Eastern and Western traditions, and holds a unique perspective on the universal values of the human spirit. 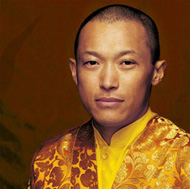 Sakyong Mipham is recognized in the Tibetan tradition as the incarnation of Mipham the Great, one of the most revered meditation masters of Tibet. His books include Turning the Mind into an Ally, Ruling Your World and Running with the Mind of Meditation.